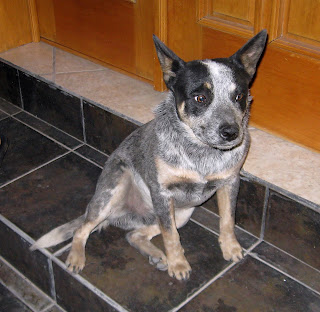 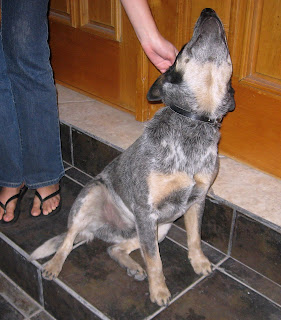 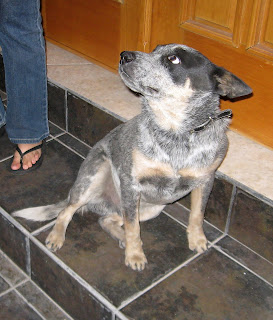 His owners don’t seem to give him much attention and sometime in the past someone must have treated him badly because the first time I approached him, he reacted as if he was afraid I’d hit or kick him. Physically, he obviously well cared for, well nourished and wears a collar.

Ever since our next-door neighbors moved in, the gate to our cul-de-sac is left open for periods when people are coming and going. That’ll end in July after the elections. One day I saw the two girls next-door playing with an unusual looking multicolored dog and asked about him.

He actually belongs to another neighbor and runs loose a lot of the time. Yeah, it’s allowed down here. His name is Morgan and after I made friends with him, he comes by the house most days looking for affection. Except for being insistent about being petted in specific places, he’s well behaved and gentle.